Surati for performing arts , has created, produced and performed original works that have had a national impact on communities within the U.S and beyond. Surati’s work has attracted people from over 25 U.S states and 10 countries worldwide.

Surati Founder & Artistic director, Rimli Roy, an artiste herself, runs the creative side of the organization and often plays the role of executive producer for its programs. The administration, marketing and public relations are handled by contractors, for programs throughout the year. Surati works with dancers, musicians, technicians, composers and actors and has about 60 volunteers who donate  their time throughout the year for various tasks.  Even during the pandemic Surati has created programs to serve over 10,000 people in-person and via social media websites (facebook, instagram. youtube etc.)

Surati works with artists, administrators and technicians who are culturally and ethnically diverse, including African Americans, Hispanics, Native Americans as well as individuals with learning and physical disabilities. Surati brings its programming to the under-served communities including senior citizens and low-income communities. Surati also runs programs for youth and children, and has provided scholarships to 50 low-income students. 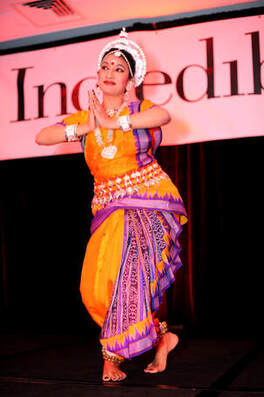 RIMLI ROY is an artiste, choreographer, producer, director and also an accomplished Indian classical dancer, trained in three distinctly different styles – Odissi, Bharatnatyam and Manipuri under renowned gurus (masters) from India since she was four and first performed on stage at age six. She is the Founder and Artistic Director of Surati, an India-focused award winning and leading performing arts, entertainment and arts education company based in Jersey City. She has choreographed, led and performed in prestigious venues all over the US including the United Nations, Kennedy Center and Lincoln Center and also in India, the U.S Virgin Islands, Barbados, Alaska PAC to name a few. Her work has also been featured in the Vogue.

A visionary community worker, she and her team train new dancers and musicians every year, and partners with various organizations in the Tri-State area to take arts to the community. Her group constitutes a diverse group of dancers, musicians and actors trained in a wide range of styles, individually hand-picked from various parts of the world. Hailing from a family of highly accomplished musicians, Rimli works around the clock to create path-breaking concepts in musical theatre, eclectic and traditional staged productions originating in Indian culture, often with interpretations from around the world, incorporating a blend of styles and traditions to create a thoroughly multicultural experience for the audience. 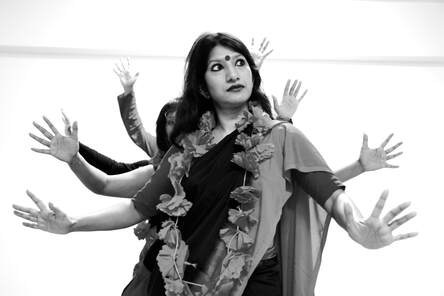 Other than Classical dance forms, daringly innovative artiste Rimli, ventures outside the domain of conservative classical dance, experiments with various classical and folk dances, Tagore dance forms and has fused elements of modern, ballet, jazz, opera and musical theatre into the stage productions directed and choreographed by her globally for stage and television. Hailing from a family of artistes based in India (her father is renowned composer, musician and singer Sumit Roy, her mother Arati Roy is a visual artist, poet, writer and lyricist, her brother Rajesh Roy is composer, singer-songwriter who also works in the Bollywood industry) she is the recipient of grants from the Hudson County Office of Cultural & Heritage Affairs and the New Jersey State Council on the Arts and most recently by the State of New Jersey Tourism Department. Rimli has been engaged in promoting Indian art and culture across the United States and beyond by means of stage performances, educational collaborations with various institutions (museums, schools, libraries) as well as teaching Indian classical music and dance for over two decades. 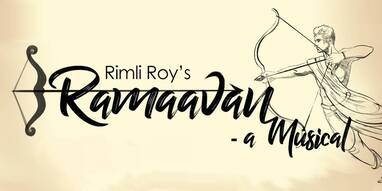 ​Her recent work “Ramaavan – A Musical”, in English  based on the Indian epic tale “The Ramayana” was performed in the NJ/NY tristate area in 2018 and 2019 to rave reviews from viewers and sold out shows. The Musical was critically acclaimed - created a unique mix of Indian classical / traditional /contemporary dance and music genres with musical theatre, Shakespearean style verse, poetry, storytelling, opera and jazz. Rimli and her Ramaavan team have also been recently invited by the Indian Council for Cultural Relations, Government of India to perform this production in India.
​
Rimli has been producing the Holi festival– Surati Holi Hai – Festival of Colors along with the Surati team for the past 11 years. 2020 would have been the 12th year. Surati Holi Hai has attracted between 12,000 - 15,000 people from up to 22 U.S States and 6 countries around the world. Apart from Holi, Rimli and Surati also produce other festivals like Surati Summer Fest and Surati Lights of Diwali every year. They have also produced the International Children’s Festival and Children and Youth Open Mic.
​
Notable performances: Rimli and the Surati for Performing Arts company have performed at the United Nations Headquarters, in Washington D.C at The Kennedy Center and The Library of Congress, in New York City at The Lincoln Center, at Incredible India’s Annual Road Show (the Indian Ministry of Tourism), The World Financial Center Wintergarden (now known as Brookfield Place), New York City Hall, The Indian Consulate, for The Export Promotion Council for Handicrafts (Indian Ministry of Textiles), in St. Thomas at the University of the U.S Virgin Islands’ Reichhold Center in NJ at the Rutgers University, in Anchorage at the Alaska Performing Arts Center, at Barbados for the University of the West Indies and at the Las Vegas Convention Center (NV). ​